2022 is almost halfway up and we can be sure of one thing regarding robotics startups: intelligence along with mobility is going to shape the future. With increasing revenue-generating, the industry is looking more and more viable as time passes.

Robotics is a complex industry with complexity embedded in its nature. Robotics startups of these times have done wonders, but what its future looks like is still uncertain. But one thing is certain: it has the potential to rise further.

New technological advancements coupled with strategy are needed to complement existing strengths. With this industry pushing innovation to its bounds, the global industry has already reached a revenue of more than $43 billion combined, in the year 2021.

Startups have risen to the occasion and have been continuously providing advanced systems to complement machine learning and robotics systems. Such mechanics along with artificial intelligence and automation are helping the robotic ecosystem grow.

To help take a holistic view of the exponentially grown ecosystem, we have rounded up some of the startups which have made quite a mark in their respective domains.

Founded in the year 2014 in Redwood City, CA, Skydio received series D funding of $340 million. This amazing startup has reached its search growth by 2300%, an amazing feat for a disrupting industry.

Putting it short, Skydio is a company which manufactures drones. The machines leverage artificial intelligence to make them more aware and cognizant. This means that the machines require minimal manual controls and can achieve its goals quite independently.

It also has partnered with Axon Evidence to facilitate its user by automating the process of uploading of media such as photographs and videos captured by the drone.

Launched by the famous actor Robert Downey Junior, FoorPrint Coalition is a startup which uses robotics and nanotechnology for planet cleaning activities.

The founder finds “the mess we leave behind” as a massive threat to our planet, and hence has created this coalition to scale the adoption of technology to revert back to our natural habitat.

It is a nonprofit organization and undergoes research work directly relating to its cause. In their words, the organization produces a narrative over information regarding pollution and how to restore the planet.

After doing so, they market the idea to a global audience. With its widespread reach, it engages in partnerships with companies and stakeholders to partake in timely action.

Climate change has been a consistent headline topic for countries and global economies. It needs to be tackled head-on and aggressively so that future generations can inherit a livable and habitable planet.

With a search growth percentage of over 4000, this Zurich, Switzerland based startup has funded $21.4 million from its series A round of investment. The startup was founded in 2016.

ANYbotics develops autonomous tetrapod robots that engage in industrial inspection. They help in enhancing reliability in routine inspections and are used with companies which deal with hazardous nature materials or work.

The robots are upgraded with LIDAR sensors which have significantly improved their inspection capabilities. These robots are plant operators, providing real time information.

ANYbotics maximizes the uptime of the company’s equipment while taking safety on its hands for the first time, reducing costs as a result. It is a promising startup with amazing potential.

A Texas based startup, Diligent Robotics manufactures artificially enhanced assistant robots that can collaborate with humans and healthcare workers, alike. It facilitates routine tasks so that humans can focus on their core responsibilities that matter.

Diligent Robotics’ machines assist staff and its potential has managed to raise $10 million in series A funding. This funding will help scale the startup and will also instill momentum in manufacturing capabilities along with research and development.

The robotic startup was founded in 2017 by female founders who are social and robotic expertes in their respective fields. Their first teammate robot is named Moxi.

Moxi is active on the ground today and is already assisting staff in clinics and hospitals. Currently undergoing routine tasks which are not patient-facing, Moxi is allowing doctors and nursing staff to cater to patient care rather than documentation work.

Akara is a Dublin-based robotic startup that is centered around facility management. It provides effective termination of germs with speed and accuracy with its artificial intelligence empowered robots to hospitals.

This capability enables Akara’s robots to be reliable. The end-to-end disinfectant system can also be seen on their website.

The disinfectant system in use by the robots is patent-protected and state-of-the-art. The said robot is named Violet. Violet has been in the making for two years at Trinity College Dublin, and Ireland’s top microbiologists have been joining their heads for Violet’s existence.

The startup’s mission is “to modernize public health using technology. We are doing this through data-driven automation that makes healthcare settings safer and runs more efficiently.”

Paving the Way with A Robotic Fist

The future looks bright for robots, but still robotic startups have a lot of ground to cover. They are wrestling whether to achieve growth or to address human limitations. The potential of robots in healthcare for example can provide safety which can amount to more than three times less deaths.

Better practices can enable such startups to target exceptional data making capabilities. Such robotics startups will have to balance their act of embedded capabilities, competencies, their product design, resources along with their customer target base and address a vital question: to alter or to disrupt existing business models.

There are other hurdles as well when it comes to robotic startups. Along with hardware capabilities, software plays an equivalent if not a bigger part.

The robotic sector requires its supply chain to be equipped with modern software solutions so it can unlock the new potential hidden in existing computing limitations.

A Guide On How To Find Angel Investors For Startups

Best Startups In Los Angeles And Why You Need Healthcare Innovations

MySquard Could Shape The Future Of On-Demand Digital Service 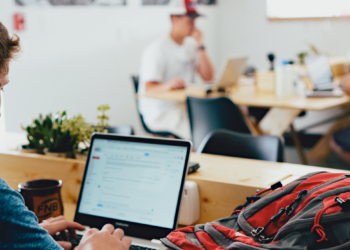 How To Start An Online Business In Simple Yet Effective Steps

Avanti – A Startup With A Pragmatic Vision

How Did Global Gaming Company Work to Satisfy Their Customers?

The Best Wireless Speakers For Home Theater – Ultimate Guide For 2022

The Best wireless speakers for home theater are available in a wide range of sizes and shapes, with several high-tech...

The Best Camera For Photography – The Ultimate Guide Of 2022

Best Rowing Machines To Maximize Your Work Out Effectively

Best Smartwatch For Everyday Use – The Ultimate Buying Guide

Best Spy Cameras To Monitor Your Home Without Being Noticed