Why Bill Gates Says That Steve Jobs Was An Imbecile? 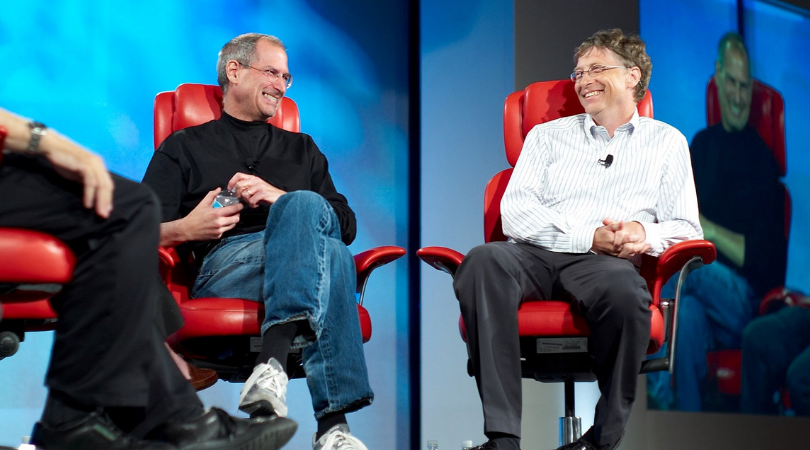 The talent of Steve Jobs comes back to light with these magical words of his counterpart Bill Gates. “The words are, as I would like to think, our most limitless wellspring of enchantment, fit for incurring harm and helping it,” Albus Dumbledore revealed to Harry Potter in the last scenes of the finish of the adventure.

Throughout history great speakers have emerged, some harangued their armies in battle and others, like Steve Jobs, convinced the world that their product was the best. Was it really?

Bill Gates is known for his book of recommendations, that the tycoon write some thoughts on a current issue is not entirely surprising. But that, in a recent interview with Fareed Zakaria of CNN for the program Fareed Zakaria GPS, Gates talk about his biggest rival, Steve Jobs, is the news.

Gates explained that he considered himself a minor magician and the spells did not work for him. While Steve Jobs performed enchantments, leaving all the staff self-absorbed.

The founder of Microsoft pointed out that even when Jobs’ project was quite poor, he was still able to generate the “wow” effect. In 1988, Jobs introduced NeXT Computer, a computer that “was full of flaws and yet hypnotized the audience,” Gates explained.

Was Steve Jobs Howard? Maybe yes, their way of convincing and attracting the public was from another world, something close to magic. His graduation speech at Harvard and the presentation of the iPhone are evidence of Jobs’ potential on a stand. He has a marketing discourse that many people have copied.

In parallel, Bill Gates talked about the creator of the apple with great admiration and respect for his talent. Gates admitted that Jobs could be an “imbecile” and that sometimes it was difficult, but “he brought some incredibly positive things along with that strength.”

Gates pointed out that Jobs was not only good at impressing with his own ideas but also exceptionally able to detect skills in others and motivate those people to produce a good job for him. “I have not met anyone who can rival Jobs in that sense.”

The rivalry between the two technology companies is huge, both gurus have revolutionized the history of technology and our world is different thanks to their ideas. What character would Steve Jobs be in the wonderful world of Harry Potter?

Everything You Want to Know About the Life of Carol Bartz

10 Leadership Examples to Set in Your Company