Today we are together with the CEO and founder of QIQI MART, Gianmario De Simone, Italian 33 years who see in Africa a fertile land to invest and create a business, especially on the web.

Why many people do not invest in Africa?

Today in Europe the overwhelming majority portrays Africa as the set of problems. We Europeans think that Africa is just a state of wars, famines, poverty and uncontrolled immigration. But I have a big question mark on this, how can an entire continent represent only and exclusively problems? its a matter of common sense actually. Frankly, I have always asked myself this question to which I concluded that our collective knowledge is excessively based on stereotypes due to which the beauty of Africa is still a hidden treasure for people. Not everyone can think beyond the limits.

Why people should invest in Africa?

Just take a look at the numbers.

It’s still a news for people, to know that Africa has a global population of about 1.2 B inhabitants (1,200,000,000) with the world’s highest youth population rate of 16/28 years and with a steady growth of devices connected to the network (mostly smartphones) and with 250 million people representing the middle class, with reasonable purchasing power.

Also, many people are unaware with the knowledge that today in Africa there are about 145,000 millionaires and 5 countries with a GDP per capita at par or more higher, than some European countries.

Just think that Mauritius, the first country where I opened my first classified ads website – www.qiqimart.org – is considered the Switzerland of Africa, where the GDP per capita is about 10,547.22 USD with the highest quality of life, superior to many European countries.

It should be noted, there are multiple of sectors in which you can invest, clearly depends on your interest and the area you can have command on, especially on the type of investment you are willing to undertake.

For those like me, who work in the web world, I can say that the online sector in Africa has an extremely fertile ground.

Just think that in Africa today there are about 600 million devices connected to the network and therefore 5 out of 10 inhabitants have access to the web and that for the huge number of young people present in the territory, the need to use online services is a great utility.

Which 5 countries you think people should consider to invest and start a business?

Well, this is a rather complex question, but surely one piece of advice I can give is related to these 5 countries:

How much do you invest in Africa?

In Africa, young entrepreneurs with creative ideas, could hit the marketing factor in an optimal way, unlike in Europe or USA where if you are not financially stable, then the most challenging thing could be to access the advertising channels where your offer is compared with the Giant competitors which look like the drop in the ocean.

In Africa, sometimes, it is easy to market your brand even with a few hundred dollars, we can undertake advertising campaigns via radio, while buying advertising space on billboards and if we wish to get more holistic, we can even launch our advertising on national television channels in prime time with just little amount of investment.

In addition, the cost of personnel is truly affordable!

In this magnificent continent, there are many carrier oriented young people, highly expert in their respective sectors. We have best journalists, engineers, technicians and much more, all with the will to give their best, with an excellent proficiency on different languages and especially with a great desire to grow professionally and the wages in relation to the cost of local life, are really low.

What would you recommend to an entrepreneur who wants to invest in Africa?

Well, I can only say that many times we Westerners people, even the well educated and professionals, are presumptuous and consider themselves superior. The world is full of countless possibilities and to grow, it requires to look with the angle of 360 around the world with curiosity and not with prejudice. Sometimes the best possibilities come from where we least expect it, it’s like a hidden treasure the more you search for it the more you find it. I found this treasure in Africa, for you, it could be any other place, the important thing is to keep your vision holistic!

What is QIQI MART and how people get help from it?

QIQI MART is a free online marketplace launched February 18, 2018, where people and companies can sell and buy things and services quickly and easily through computers and especially by smartphones. The main purpose of QIQI MART is to promote the second-hand economy by helping individuals and small company to sell their products and services online. 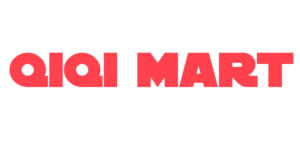