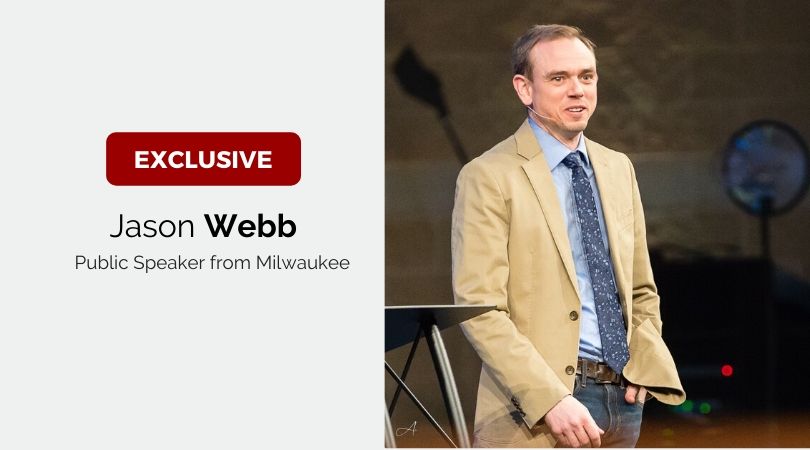 Jason Webb is a Milwaukee-based pastor, public speaker, entrepreneur, movement leader, and advocate of racial reconciliation. He helped start several churches, Brooklife Church and Lakepoint Church among others, as well as several nonprofits such as Upstart Kitchen and James Place. Mr. Webb founded an organization, a network of churches that helped start 15 new churches in the Milwaukee area.

If you’re going to get to know me, you will realize that my faith is at the center of everything I do. Whether it’s working with churches, nonprofits, or even, most recently, working in an inner-city school, it drives me to do what I do. It gives me the passion that I have for people. It’s the center of my existence.

I am very passionate about communicating in any form but specifically public speaking. I love speaking to a wide variety of audiences, big or small, it doesn’t matter. I’ve done that for over 20 years now, locally, nationally, and globally. I love speaking on topics around social issues and racial reconciliation. That’s a passion of mine. It’s particularly a passion of mine because I have a biracial family as two of my kids are black and two are white. I also have lived in the inner city in Milwaukee for a few years because of this passion.

Likewise, that has driven a lot of what I do in nonprofits, really trying to bridge the gaps between the races in specifically the Milwaukee area, whether that’s on education, social economics, or a wide variety of areas. I’ve been involved in a lot of nonprofits that go hard at those issues. Then when it comes to my church work, my passion for that lies in my faith, as I mentioned before, and allowing people who don’t like church to find a place where they can connect on a real everyday practical level.

Beyond work, I’m a dad to four awesome kids. They keep me on my toes. I love being a dad, I love watching them grow and being a part of their lives. I feel like I learned as much from them as they do for me. Also, I love sports. I love anything Wisconsin as far as sports, whether Green Bay Packers, Milwaukee Bucks, you name it, I love it. That’s a little bit about myself. 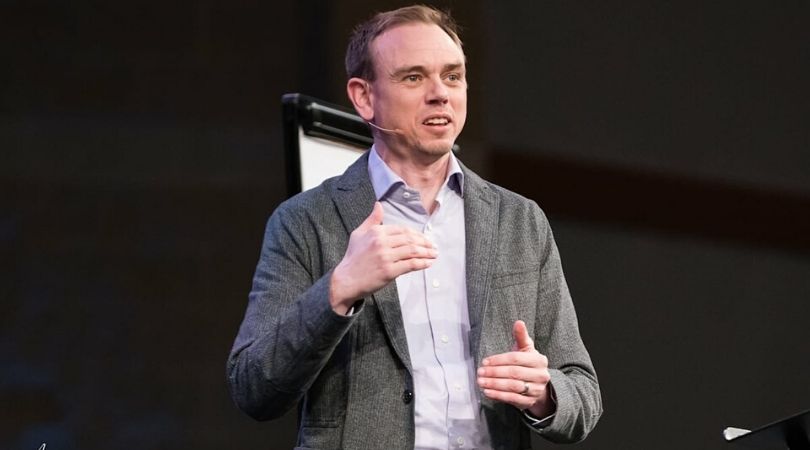 What makes you different from other professionals in your field?

I don’t know if it makes me different, but I often speak and lead out of vulnerability and pain that I’ve experienced and lessons I’ve learned, rather than a place of feeling like I am an expert. What I have found is that in some sense, when you lead from a place of weakness, you are strong. That allows people the willingness to follow you. Also when it comes to racial issues, coming out the learner, not as somebody who knows, that’s important, especially when you’re coming from the dominant culture.

What was the most important part of your professional journey?

My time in Nairobi, Kenya. I spent three years there. They’re the formative years of my career. I was 25 when I went there. One, I had to take a learner’s posture because I was learning a culture, but two, I was mentored by a guy who just told me, “Hey, I’m going to take you under my wing. For the next three years, I’m going to teach you everything I know. You’re going to follow me everywhere I go and do everything I do.” That’s where my passion for the church and starting new churches grew because the church I worked at in Nairobi, Kenya now has started hundreds of new churches.

My passion for social issues grew there as well because I started to work with ex-prisoners, girls who needed schooling but they’re caught in tough economic situations, street boys and other marginalized communities. That’s where I started to open my eyes to the social needs of the city.

When it comes to best, there’s probably many but I would just say in general, any airline ticket where I get to travel. I love traveling, especially internationally. My ideal purchase would be an airline ticket to somewhere I’ve never been in the world and just arrive there and get to explore. So whether that was to Europe or Asia or wherever, those have been my best purchases.

Worst purchases – I probably trust people too much and so I’ve purchased some pretty bad cars in the past. Because I took the dealer’s word for what they were saying without doing any investigation and later cost me a lot.

Social media certainly takes up too much of my time. There’s a huge benefit to it and there are platforms that we’ve never had before. Especially when you’re in the people business like I am, you have to figure out how to communicate across multiple platforms rather than just one, and that takes up a lot of time and energy to continue to do that.

What three pieces of advice would you give to college students/new startup business owners who want to become entrepreneurs or leaders in their field?

I think there are many things but the first thing is to ask yourself, why are you doing this? If it’s just to have a label of being successful or to get a certain amount of money, then I would question your motive. There has to be a deeper why as to what is motivating you, there has to be a burning passion inside of you. Why are you doing what you’re doing? Until you can answer that bigger question, I wouldn’t push forward and start on anything new. There can be a million different good whys, but until you discover yours, I wouldn’t move forward with it.

The second thing is pretty straightforward but it’s really important to just be you. I think especially when you’re starting, you study different entrepreneurs and leaders in whatever field you’re in, and the temptation – and I fell into this early on in my career – is just to pretty much copy everything they do. You don’t make a very good Bill Gates, you don’t make a very good Melinda Gates, you don’t make a very good Steve Jobs, but you make the best you and there’s a uniqueness to you that the world has yet to see and needs to see. What is it about your personality, your gifts, your passions, your ingenuity that is unique, and lean into that rather than trying to be somebody you’re not.

There are several people but the most is my mentor from Kenya. His name is Oscar Muriu. What I love about him is he not only had the church angle. He was a pastor and started many, many churches, and that was ambitious, but he was equally passionate about social justice issues and started many nonprofits. But even more important, the thing I learned from him is that he said, “Apart from my work in the church world, apart from my work in the nonprofit world, the most important measure of my success is the number of leaders I developed.” He said, “My goal in life is to develop 100 world-class leaders. You can forget everything else. That is my number one goal.”

He is constantly mentoring people like me and constantly bringing people under his wing. I’ve taken that idea as the measure of success in my work is not how many things have I started or how big is the church I lead or the nonprofit that I’ve led. But rather, how many world-class leaders am I developing? How am I imparting myself in other people who can give more than I could do? I think that’s the true measure of a leader.

What drives you to keep going when it’s tough?

Everybody goes through tough seasons, whether vocationally or personally or sometimes both. I believe that the tough times are just a season, you shouldn’t ignore the pain, but learn from it, and have hope for a better future. That gives you the energy to just take the next step and then to take the step after that. It’s in those tough seasons that I just kind of live by the motto, “Just do the next right thing,” and that’s related to my faith. It’s asking God, “God, what do you want me to do today?” not 10 days from now, not 10 years from now but today. It gives me a proper perspective on reality, so I can take the next right steps and keep going forward.