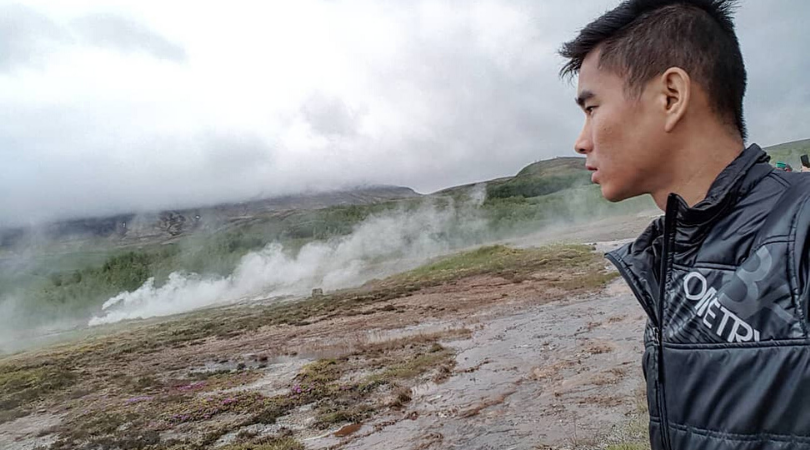 There’s no doubt that our early 20s are the most important years of our lives. Most of us spend these years trying to figure out what we really want to achieve and while that’s completely fine, there are some individuals who are making the most of their time especially during this pandemic. One such individual is Jesse Neo, who has used this spare time to expand his portfolio and add another profession to his CV by starting a new, innovative venture.

Jesse Neo is a 22-year old songwriter, disc jockey, and a music producer by both passion and profession.  He originally belongs to Australia but has now become a  renowned sensation across the globe. Jesse is better known for his catchy dance-tracks, the most acclaimed one being Sex Magic, his debut single that was released in 2017.

The 22-year-old star’s journey to success began after the release of his debut, which was largely praised since he made his debut. Following his debut single’s success, Jesse was featured in a number of well-known publications, including The HuffPost. He was also approached by several record labels and YouTube channels for collaboration. His music is quite popular and is played in bars across Australia and Los Angeles, where he is currently living.

Even though Jesse had always felt confident about his work, he confessed the response was overwhelming and unforeseen. While speaking about this, he revealed, “For about three months, I was bombarded with emails and phone calls from people wanting to hear samples of my beats.” So much so, that the young star was convinced to move to Los Angeles – the heart of the industry – to become a part of it officially. Here, he spent the next 2 years pursuing his passion of DJ-ing in clubs all over LA while working with different production houses simultaneously.

With the onset of the COVID-19 disease and the inevitable impact of this pandemic that has completely reshaped our lives, it has been difficult for most of us to function as per our old routines. In fact, for most people, quarantine has had a negative effect on their productivity and creativity. However, this was not the case with Jesse Neo; he took the spare time as an opportunity and used it to work on his latest startup, Gemtracks.

Gemtracks is an online marketplace for beats producers to sell and buy beats online directly. The idea behind Gemtracks roots back to 2017, when Jesse released his debut track and was approached by several record labels who asked him for sample beats. It was at this time Jesse realized that the music industry was lacking technological innovation and that he needs to work smart not hard.

In his exact words, “I remember being told that the formula to success is not to work harder, but smarter. So instead of manually sending links of my beats to people, I decided to create an online store where anyone could browse through my work and place in their orders.” Not so surprisingly, the idea was a hit and within a few months, several freelance and professional producers have already signed up on the platform, with the number of users significantly rising every day. This includes Pedro Alexander, Lucas Gold, Milana Leybovich, and William Zarate – some of the biggest names in the music industry.

What makes Gemtracks unique in its operation is the fact that once someone buys the beats, the buyer becomes the master owner. This means he can sell the beats to different music outlets and keep all the profits to himself. On the other hand, the seller receives a one-time payment, which is usually between $99-$599. The site also has a number of other features, including informative guides, that have been prepared by Jesse himself. The young star – also known as a music technologist – is also working to add more features to the site, including marketing and analytical tools.

Through Gemtracks, Jesse is helping fellow artists work and make an earning amidst a pandemic that has led to a lack of opportunities for musicians. And that’s not it; with the COVID-19 the working dynamics for almost every industry, incorporating online functions in the music industry is a very wise move that will prove to be beneficial in the long-term as well for both Jesse and his fellow musicians.

6 Amazing Kids Entrepreneurs Who Will Motivate You

America’s Coolest Young Entrepreneurs That Will Inspire You