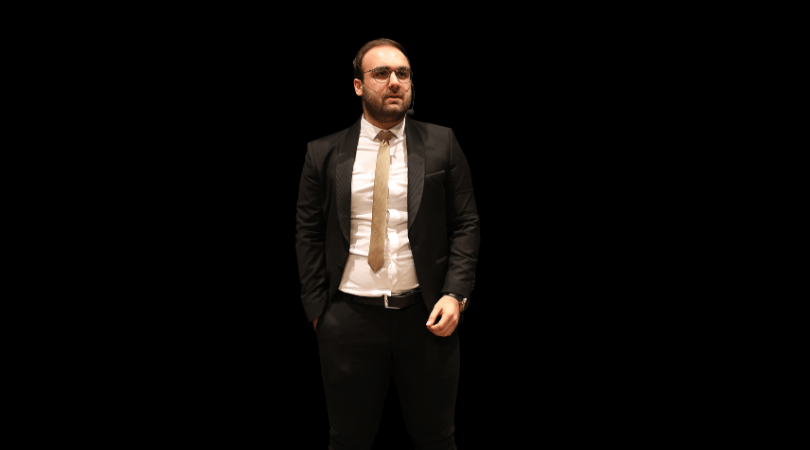 As defined by the majority of the people, success is a person’s achievements and is usually classified based on age. As an example, getting higher grades in school and college is sometimes an indication of success. Yet, the history and names such as Albert Einstein, Steve Jobs, Michael Dell, Mark Zuckerberg, and many others proved this criterion unimportant. Society dictates a template to all people; study, find a job, get married, have children, and enjoy retirement until death. You must follow these dictations to be considered a successful person.

To be different, you must be courageous enough to tolerate other people’s attitudes, which sometimes might be devastating. However, there are still talented people who make their decision and insist on it. Mohammad Hossein Soleymani is one of them. He was brave enough not to pursuit routine academic life and directly found a job. While working in markets, he studies CFA, which many people have not even heard about it. But he chooses this path since he knew that the goals, he has in mind would not be achieved in the social framework, so he broke the taboo! It was the very beginning of his successful career.

He does not look for a job anymore, and he does not do a single job. On the contrary, he establishes companies that provide jobs for people, and he will be the CEO of all firms himself.

Back in 2012, when he had gained enough knowledge and experience, he established the MHS Group. MHS Group was a modern investing and investment consultant with a discrete management system. So, he could invite any talented person into business without geometrical barriers to an issue. All management systems were based on internet and talents invited from all across the world. That was the fundaments of today’s MHS holding.

A Master of consulting and portfolio managing.

After a couple of years of brilliant consulting and portfolio managing, MHS reached over thousands of satisfied customers and managed over 50 million dollars of investment. Based on reports, MHS Groups provided portfolios, had a profit of 120% in less than a year, while the Corona pandemic had made markets and marketers confused.

All financial decisions were based on Mohammad Hossein’s scenario planning and also foresight strategies. This is where talents can prove themselves and teach society a lesson. Not follow social frameworks, be the one you want, and prove yourself.

Businesspeople are always considered very busy people who are still hurrying from a meeting to another. It seems Mohammad Hossein is here to change more than one cliché.

He believes that helping other people is the only way to succeed in life. All other activities (including his outstanding business) are only instruments to pursue and find our inner meanings.

Net Worth of Mohammad Hossein Soleymani

It is hard to find and assess businessmen’s net wealth since they always put their money wealth into trades. Buying shares and investments are a non-detachable part of a financial firm, and therefore it should be assessed on a daily routine!

Yet Mohammad Hossein Soleymani’s net wealth is estimated at 3.7 M USD. A more important part of his career is the wealth that MHS Group is handling, which is almost 15 times more than his wealth, and that is a number that should be focused on and remembered

Best Valentine’s Day Gifts For Man Of Your Life