Orlando Bravo: From A Dealmaker To A Billionaire (An Inspiration For Many)

Orlando Bravo’s success story is not from rags to richest. He is the popular billionaire investor. Because of purchasing failing software firms and renewing them from their ashes. This article is going to give you a detailed break down of his life and career.

Orlando Bravo is a Managing Partner and founder at Thoma Bravo. He spearheaded the company’s investment policy in the software industry, bringing Thoma Bravo as one of the most profitable private equity companies today. Orlando Bravo has overseen more than 200 acquisitions conducted by Thoma Bravo, representing above $60 billion in enterprise value. 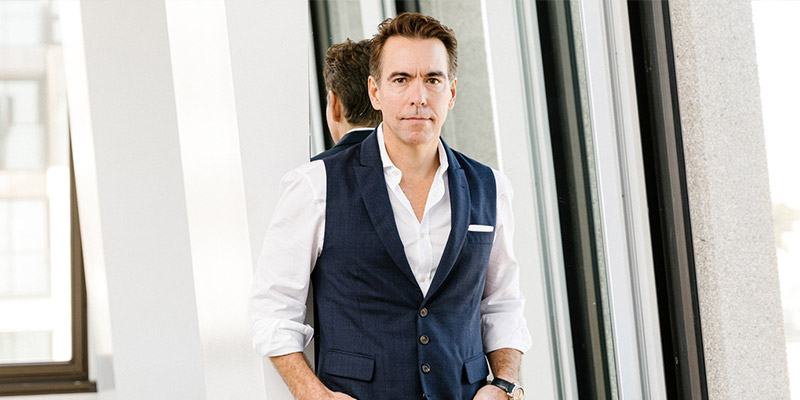 Orlando Bravo was born in Mayaguez, Puerto Rico. He got a JD from Stanford Law School, and an MBA degree from the Stanford Graduate School of Business, and from Brown University he received degree in BA in Economics and Political Science.

Orlando is acknowledged as one of the commanding private equity investors in the software and technology sections. He was named one of “Eight Buyout Pros to Watch” by Thomson Reuters’ Buyouts. Orlando Bravo currently attends on the Board of Directors of several Thoma Bravo companies such as Compuware, Hyland Software, and Qlik.

Orlando Bravo is the Founder of the Bravo Family Foundation. He concentrated the foundation’s efforts towards relief efforts in Puerto Rico. He remained active in many philanthropic struggles over the years, such as encouraging to start Border Youth Tennis Exchange (BYTE), a charitable community established to improve the way of living of children and young adults in the U.S. and Mexican border.

How His Struggles Leads Him Towards The Queue Of Billionaires?

In 1982, when he finished his undergraduate studies, Orlando Bravo got a job as an analyst in the department of Merging and Acquisitions in a firm controlled by Morgan Stanley & co. He served there for 100 hours per week. His fluency in Spanish allowed him to gain the attention of a lot of clients. Therefore, Orlando’s professional career started with Morgan Stanley & Co company.

In 1993, Orlando began serving at Venezuelan billionaire Gustavo Cisneros’ acquisition of the Puerto Rican grocery chain Pueblo Xtra International. This experience gave him knowledge in this job that began his new perspective on the world of the buyout, and he later showed his lack of interest in the banking field.  Then, he started a dual MBA and JD at Stanford.

After completing his studies in 1998, he started job searching and came across Carl Thoma. At that time, Carl was the inventor of the Chicago-based private equity company Thoma Cressey Equity Partners, Inc. (TCEP). Bravo was able to have an impact on Thoma because of his ability and knowledge and he got immediate employment.

When Orlando Bravo joined Carl Thoma’s company, he was permitted to organize the acquisition of product distribution software provider, by Carl . This came to be the first software trade the company had ever made.

The deal did not go as big as predicted. This was because it occurred at a time lenders were very suspicious of funding concerned deals like the Prophet 21. Therefore, there was no reliance on leverage.

Nonetheless, Orlando strived noticeably impact during the deal, his in operating partners to notice the issue of software companies’ running on high gross margins. This came to be the firm’s first operating partner. Regardless, making income, the company was failing to gain money. The loss prolonged for a while but after about 3 years into the business, Prophet 21 made a come back of 4.7x.

When Orlando reached at the age of 30, Carl applauded his effort in the deal and many more that have achieved the company more achievement and breakthrough by making him a partner at TCEP. Orlando’s major role at that time was to monitor and supervise the software group of the company.

In 2007, the name of the company was changed from TCEP to Thoma Cressey Bravo in the praise of his contribution to the development and progress of the firm.

Today, Thoma Bravo has developed to be the biggest company in the software industry with an asset worth more than $39 billion. The company has completed more than 200 technology and software acquisition. This involves more than 65 platform firms and 145 add-ons.  Some of the company’s past and present portfolio companies entail Blue Coat, Solar winds, Deltek and Qlik.

In 2016, the company closed its Fund XII worth $7.6 billion, equal to two times the former size of the company. In January 2019, Thoma Bravo declared its 13th flagship fund of $12.6 billion.

Now, Orlando Bravo is a co-founder and managing partner of the Thoma Bravo, a private equity company that works in software investment. In the technology industry, Orlando has supervised the strategy of his company which achieved the firm more than 203 acquisitions. This is above $68 billion in enterprise cost. The firm has more than 40,000 people laboring with them.

Net Worth Of Orlando Bravo:

Orlando Bravo’s net worth is $7 billion. From 2003 till the present day, he has done more than 230 software deals worth more than $68 billion enterprise value. Nowadays, he is managing a portfolio of 38 software companies that produce over $12 billion

Some Of The Quotes Of Bravo:

As Orlando is becoming an inspiration for many hard workers, we hope our this effort of gathering his struggling story will help you in many ways.