The Emirates has an unusual new history although the place has been established for thousands of years it was not until oil was found in the 1960s that it became a center of attraction for the world’s rich and famous people.

The Emirate also allows very comfortable tax laws to influence international business magnates today it is the go-to destination for anyone with a business approach and money to burn.

Today we are listing down the top 9 richest business tycoons in UAE in 2020.

Majid al Futtaim is the wealthiest man in UAE with astounding luck of 10.94 Billion USD. His enormous business is usually abbreviated to MAF which has more than 10.6 billion dollars in yearly earnings and is generating more every year.

MAF holds and manages 12 hotels and 22 malls such as Mall of the Emirates in Dubai and the Mall of Egypt in Cairo. The company operates in 13 countries including UAE, Lebanon, Egypt Saudi Arabia, Oman, Kuwait, Qatar, Jordan, Pakistan, Iraq, Armenia, and many more. Unlike some of his competitors in UAE, Futtaim concentrates on entertainment such as cinemas and concerts, this diversification improves him to expand his portfolio to a new record.

He also has a stake in the fashion world with exclusive licensing rights for fashion brands such as Abercrombie & Fitch, Lululemon, and Athletica. He also keeps a monster 250 million dollars mega yacht the ship which is 139 meters long and can adjust 16 visitors in 8 staterooms of the yacht and has a crew of 29 and lots of room Al-Futtaim to invite guests for weeks on end. He stands on the top in the list of richest men in UAE.

The Al Habtoor family owns a total of USD 7.2 billion in wealth. It increased by an enormous 91 percent. Mohammed Khalaf Al Habtoor is the son of a business tycoon, investor, and vice-chairman and CEO of the Al Habtoor Group which is one of the largest conglomerate companies in the UAE. Hw was born into one of the biggest business families in the UAE. Mohammed Al Habtoor managed the diversification of the group into the real estate, hotels, education, insurance, hospitality, automotive, and publishing industry.

He has a hand on the progress of the Al Habtoor Group and as well as the launch of several major companies. Mohammed Al Habtoor has supervised the development of Al Habtoor City, Al Habtoor Polo Resort & Club, Al Habtoor Business Tower, and Waldorf Astoria Dubai Palm Jumeirah. 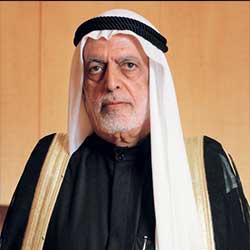 Abdulla Al Ghurair is another Richest Men in the UAE 2020. The mega-billionaire established Mashreq Bank in 1967 one of the UAE’s preeminent banks. He continues as a chairman and his son Abdul Aziz is CEO.

He is also the founder of Al Ghurair a United Arab Emirates-based family-owned conglomerate it holds the UAE’s biggest Flour Mill, a commodities trader, a water company, an animal feed producer as well as hotels, apartments, and a Dubai shopping mall.

He also has stakes in the National Cement Company amongst many other ventures like every other billionaire on the list Ghurair has his controls over numerous businesses in the emirate. His net worth is 6.8 Billion USD. He still holds respect throughout the UAE, his passion and hard work have made him one of the richest men in the UAE. He stands third in the record of richest men in UAE. 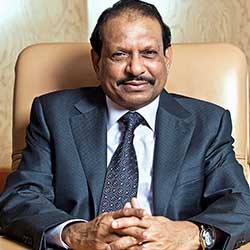 MA YUSUFFALI owner of Lulu Group, his revenue increased 14 percent to 5.2 billion USD. Yusuff Ali M. A. is a UAE-based Indian billionaire business tycoon. He is the chairman and managing director of LuLu Group International that holds the LuLu Hypermarket chain worldwide and LuLu International Shopping Mall. With a yearly turnover of US$7.4 billion, LuLu Group International contracted the highest number of Indians outside India. According to Forbes, Yusuff Ali was ranked the 21st richest Indian and the 270th as per the year of 2018 the richest in the world, with a personal revenue of $5.2 billion.

According to Forbes Middle East, Yusuff Ali was placed No. 1 in Top 100 Indian business proprietors in the Arab World 2018. In 2013, Yusuff Ali earned 4.99% of the Thrissur-based Catholic Syrian Bank (CSB) and increased his stake in the Aluva-based Federal Bank to 4.47%. In 2016, Yusuff Ali bought the Scotland Yard Building in London. As of 2013, he owned a 9.37% share at Cochin International Airport. He has got a 10% stake in the UK-based trading firm, East India Company, and a 40% stake in its fine foods subsidiary for around $85 million in total.

The Lulu Bolgatty International Convention Centre on Bolgatty Island is one of the largest convention centers in South Asia along with the third-largest Grand Hyatt which is a branded hotel on the same campus. 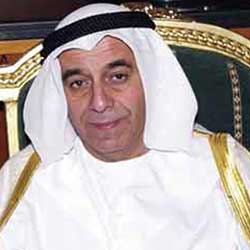 Abdulla Futtaim is notably one of the richest businessmen in UAE. He created a multi-billion Durham fortune by trading Toyota cars, franchising Global brands such as Zara IKEA, Toys R Us, and Hertz as well as establishing up shopping malls like Dubai Festival City and Cairo Festival City.

His huge prosperous AL-FUTTAIM group is working all across the world including Kenya, Japan, and Morocco. According to Forbes AL-Futtaim’s conglomerate was so great and successful that it could value up to 15% of Dubai’s entire, domestic products. His net worth is 4.1 billion dollars producing him the eighth wealthiest person in UAE. He stands eighth in the list of richest men in Dubai. 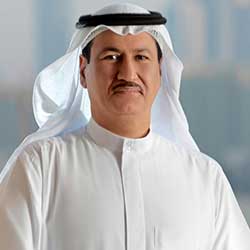 Hussain Sajwani is a real-estate entrepreneur with numerous holdings all over the Middle East and elsewhere. He is the chairman of Dubai based luxury real estate developer DAMAC properties which he founded in 2002 and for Sajwani business was in his blood both his parents were successful entrepreneurs.

His father was a trader with a shop at the local souk selling, watching Parker Pens, shirts and goods imported from China. Such money obtained a government scholarship and attended a medical college in Baghdad. After his first year, he left for the US and attended the University of Washington where he studied industrial engineering. Sajwani’s first job was as a financier for Abu Dhabi gas industries from there he started a catering business that worked exclusively with wealthy clients.

This is where he learned that Dubai was an up-and-coming destination with money to be made for the newly rich, he now owns a real estate conglomerate with unbelievably lavish offerings in London, Dubai, and Paris. Among others, these include a golf course designed by Tiger Woods and managed by the Trump Organization. Sarjwani’s wealth was over 4 billion but it has since sunk to a respectable 1.4 billion dollars making him the tenth richest person in Dubai in 2020. 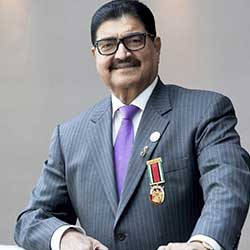 Dr. Bhava Gupta Raghu Ram Shetty made his mind to set foot in the sands of UAE for the first time back in 1973 in undeveloped Abu Dhabi. This was the start of his mission to look after more than a million sufferers and his never-ending dedication to producing healthy habits to the country it all started with some dirhams in his pocket.

He holds a degree in clinical pharmacy and the Indian born businessman has an unquenchable thirst and passion to start the business NeoPharma when he was a young man. But this was only the first of his many adventures, he then established UAE exchange to uncover a way for Emirates immigrants to transfer money back to their particular home countries.

These are hugely successful but his biggest asset is London listed NMC health one of the UAE’s biggest hospital chains with many investments all over the world. B.R Shetty’s net worth is 3.15 billion USD and his wealth is increasing every year and he does not spend his money on himself. He helps various medical departments around the world including the special care center in Abu Dhabi and the Cancer Foundation managed by Pakistan Prime Minister Imran Khan among others. He ranks seventh in the list of wealthiest men in the UAE. 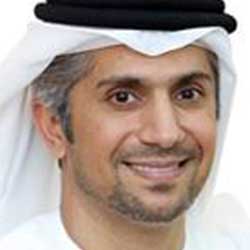 Saeed bin Butti was the third Ruler of Dubai, replacing Maktoum bin Butti bin Suhail on his departure in 1852. He was a signatory to the landmark deal with the British, the ‘Perpetual Maritime Truce’ of 1853.

The brother of Maktoum, who passed away from natural causes, Saeed received a small but growing coastal community. Maktoum’s own son, Hasher, was supposed too young to rule. Saeed bin Butti net worth is 2.7 billion USD

He is an Emirati business tycoon holding the 10th largest fortune of any resident. The 96-year-old businessman has used his whole life accumulating a tremendous business empire in a personal net worth of 2.1 billion dollars. Al Ghurair Group is one of the biggest conglomerates in UAE and it has a hold on many businesses.

For instance, the company serves major ventures and petrochemicals, packaging, metals, real estate, stock brokerages, and more. Those who know about Dubai will acknowledge two of Ghurair’s biggest real estate holdings on the Reef mall and Burjuman Center together they signify two of the largest malls in Dubai. They are anchored by brands such as H&M and Forever 21 and carry such famous brands as Splash, Matalan, Brands for Less, Next, and LC Waikiki. Ghurair began in finance with a degree of bachelor’s in accounting at the Al Ain University. He has achieved several skill sets since then and shared the knowledge with his family, in fact, all six of his sons are necessary members of his highly profitable business.

All these are the tycoons of business in UAE for the year of 2020, hope our article will help you to know about them well. If you have any questions regarding this feel free to contact.