Satguru Baba Hardev Singh – A Life of Love and Spirituality 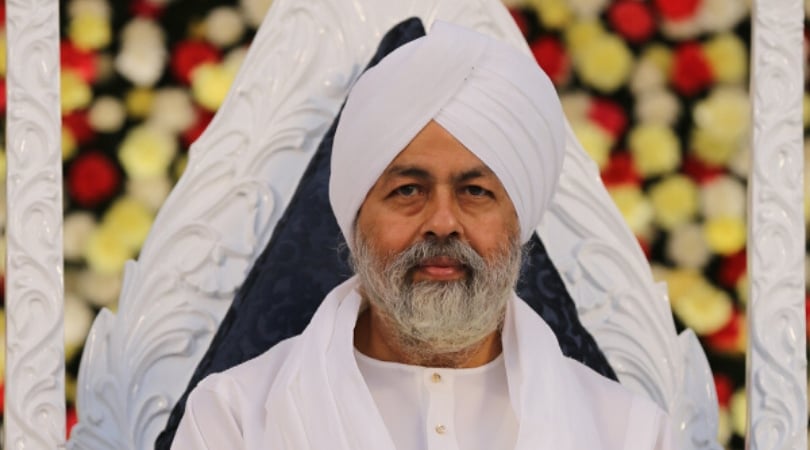 Born into a strong spiritual background, Satguru Baba Hardev Singh Ji was born on February 23, 1954, in Delhi in the family of Baba Gurbachan Singh Ji and Rajmata Kulwant Kaur Ji. As a child, Hardev had the earthly and spiritual blessings of His parents and the former Satguru Baba Avtar Singh Ji and Jagat Mata Budhwanti Ji as their grandparents. He developed his thoughtfulness and sobriety, seeing every object and observed every event with due curiosity and silence. Furthermore, he took a keen interest in congregations and listening to discourses. From this very young age, he was humble and great respect and regards for elders.

Home-schooled at his elementary learning stage, he was an exceptional child and quickly assimilated. He attended Rosary Public School, Sant Nirankari Colony, Delhi. In his school years, he was best described by his teachers and fellow students as co-operative and compassionate. Beyond his education, Satguru Baba Hardev Singh Ji had interests in photography and mountaineering. He attended Delhi University, where he discovered his passion for the socio-spiritual activities of the Mission.

Satguru Baba Hardev Singh Ji became the spiritual mentor of the Mission under adverse circumstances when its Spiritual Master and a crusader for unity, peace, and truth Baba Gurbachan Singh Ji had fallen to the bullets of some fanatic elements on April 24, 1980. His Holiness Baba Hardev Singh Ji, who was known for his calm nature, addressed the devotees as a perfect spiritual master. As the new spiritual head, he was best known for his powerful and life-changing messages of peace, love, humility, and tolerance.

He showcased great concern for the mission all over the globe, translating his commitment into peace, love, and universal brotherhood into action. Satguru Baba Hardev Singh Ji undertook extensive tours within the country and around the world. Baba Ji’s visits abroad also took him to almost every part of the world. He was welcomed and received by a large number of people as an ‘apostle of peace and Universal Brotherhood.’ Believes and devotees from different states and countries would assemble to listen to His Holiness teach.

Satguru Baba Hardev Singh Ji Maharaj convinced the world that with its spiritual base, the Sant Nirankari Mission’s message finds relevance to the needs of the people of every walk of life. Baba Ji inaugurated the 8th International Conference on Corporate Governance in London on September 20, 2007, and called upon the audience to imbibe the values of love, compassion, tolerance, forgiveness, and clean life, based on principles which form the foundation of an excellent human and shape one’s character, equally reflecting in one’s actions.

Satguru Baba Hardev Singh Ji Maharaj was a husband and mentor to Mata Savinder Ji, who remains a great source of inspiration and vitality to the modern-day youth. He was also blessed with three daughters and had a home built based on spirituality and love. Satguru Baba Hardev Singh Ji was an exemplary leader and participated actively in the growth of his community and world at large.

The Heart Wrenching Story of Shanann Watts Murder by Her Husband