Brutal Murder Case Of Skylar Neese By Her Friends 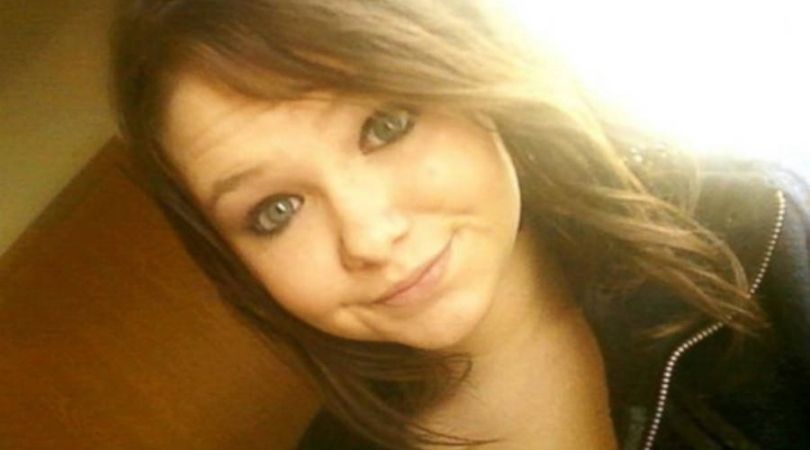 Skylar Neese was a sixteen-year-old girl who resided in Star City, a sleepy town in West Virginia. Skylar was the only child of parents David and Mary Neese, often termed as ‘spoilt rotten.’

She was a high achiever in academia, exceeding in almost every subject, including those she disliked.

Skylar Neese was a thriving, lively, and friendly girl. An honor student at her high school, she was an enthusiastic reader and a loyal friend.

Everyone who knew her thought she was a “bubbly” girl and a loyal friend. Unfortunately, her disappearance left her family and the authorities in a state of confusion.

Skylar Neese’s tweets were instrumental in helping authorities to solve her murder. At 16 years old, Neese disappeared from her parent’s apartment in Morgantown, West Virginia, on July 6, 2012.

Her parents explained she was a hard-working honors student who had a bright future ahead of her. Instead, on the night she disappeared, Neese’s best friends, Shelia Eddy and Rachel Shoaf stabbed her to death on a rural road in Pennsylvania.

Rachel Shoaf and Shelia Eddy were eventually declared guilty to Neese’s murder, and West Virginia courts tried them as adults.

Rachel Shoaf received a sentence of between 10 and 30 years for second-degree murder, while courts charged Shelia Eddy with first-degree murder and sentenced her to 15 years to life in prison.

Both girls are in the Lakin Correctional Center in West Virginia. Neese’s death highlights the emergence of social media in murder cases.

Shelia And Rachel Were Her Friends And Her Killers

Skylar Neese first met Eddy when the two were in elementary school, and Shoaf arrived during their freshman year of high school.

Though Neese and Eddy had formerly been inseparable, Shoaf’s arrival allegedly drove a wedge between them.

As a result, she and Neese began competing to be closest to Eddy, who enjoyed the attention.

Neese Snuck Out To Be With Her Friends, But Never Returned Home

On July 5, 2012, after coming home from a part-time fast-food job, Neese snuck out of her parent’s apartment. They lived on the ground floor, and she pushed a bench under her bedroom window to make it easier to climb out.

She met with Eddy and Shoaf, who were waiting in a nearby car.

The next morning, Skylar Neese parents found the bench and window screen, which Neese had placed in her closet. Surveillance footage of the outside of their building showed Neese climbing out of the window, but it did not capture the car or people waiting outside.

Her parents called the police to report Neese’s disappearance. When later asked, Eddy and Shoaf claimed Neese returned around midnight.

Not only did Eddy and Shoaf outline Neese’s murder, but they also supplied the trunk of Eddy’s car with a “serial killer kit” consisting of towels, bleach, a shovel, and a change of clothes for each of them. In addition, they packed the knives they used to kill Neese.

Finally, both girls wore hooded sweatshirts while they stabbed their friend to death. They planned to kill Skylar Neese, dispose of her body, change their clothes, and head back home as if nothing had happened.

Following their plan, Eddy and Shoaf drove Skylar Neese to a secluded location in Pennsylvania, where they usually smoked and hung out. There, Eddy and Shoaf counted to three and attacked Neese with knives. They reportedly stabbed her dozens of times until she stopped making “weird sounds.”

After they murdered Skylar Neese, Eddy and Shoaf decided to bury her body using the shovel they brought along. However, they found the ground was too hard for them to make a hole in it.

So instead, they dragged Neese’s body to an isolated area of the woods next to a large tree and covered her with branches.

This is where Neese’s body laid for more than six months until the following January when Shoaf led police to the location.

Between July 6, 2012, when Neese went missing, and January 16, when police found her remains, Eddy spoke to Neese’s parents every day, calling so much Neese’s father, Dave, “thought [Eddy] genuinely cared.” She asked for updates in the case, helped put up missing person posters, and even assisted in the search.

Fellow Students Overheard The Teens Talking About The Murder

Several of Eddy and Shoaf’s high school classmates came forward after the girls had been arrested. An unnamed student claimed that he overheard the two talking about how they murdered and disposed of Neese’s body. However, the classmates didn’t say anything to the authorities because they believed that Eddy and Shoaf were joking. Once he realized what happened, the classmate contacted the police.

Authorities are unsure of Eddy and Shoaf’s motive in killing their friend, although Neese’s social media posts in the weeks before the murder mentioned a rift in the friendships. When questioned, Shoaf told authorities she and Eddy simply grew “bored” with Neese and just “didn’t like her anymore.“

Teen murderer Rachel Shoaf was the first to confess guilt to the authorities. In December 2012, six months after the murder, she underwent a nervous breakdown and spent a few days in a psychiatric hospital. After her release, she called her attorney and confessed to him. Together, they went to the police, and Shoaf told them where they could find Neese’s body.

She also named her co-conspirator Shelia Eddy. Shoaf even used a wire to try and record Eddy admitting to her part in the murder.

After neese’s body was found, eddy tweeted about her ‘best friend’ west Virginia authorities recognized neese’s body on March 13, 2013. However, Eddy had not yet confessed to the crime, even though Shoaf already directed police to Neese’s body.

Just after authorities announced they had recognized Neese’s remains, Eddy, still feigning innocence, tweeted how Neese would always be her best friend and that she wished Neese would “rest easy.”

Throughout the fall of 2012, authorities investigated Eddy and Shoaf. Both showed physical signs of lying during questioning – they played with their hair and did not meet the investigators’ eyes.

Eddy believed she could beat a lie detector test and accidentally added doubt to her ever-changing story. Despite this suspicious behavior, authorities could not charge her with anything until Shoaf admitted.

With that information, they searched eddy’s car and found neese’s blood on the seats. West virginia authorities promptly charged eddy with murder.

Usually, when any child under 18 vanishes under unusual circumstances, a statewide Amber Alert goes out to the public.

However, since Neese left of her own free will, she never qualified for an Amber Alert based on the surveillance footage. Instead, authorities classified her as a runaway rather than someone in danger.

A new supplement to the law, called “Skylar’s Law,” took effect in West Virginia in May 2013. It says that an Amber Alert must be published for every missing child, regardless of the disappearance circumstances.

How Long Does It Take To Beat God Of War Ragnarok? (Realistically Speaking)

Katie Meyer Autopsy – What’s The Cause Of Her Death?

Nipsey Hussle Autopsy Photos – What Did The Pictures Reveal?

Reggie White Death – How Did He Die?