Top 10 Young Canadian Entrepreneurs with Their Words of Wisdom

They assure that every individual is capable enough of doing anything if they use those capabilities into some productive activity, they will be able to lead the world.

Here, we have narrowed down a list of top ten young Canadian entrepreneurs who have established their own enterprise from the ground and now empowering youth to follow in their footprints.

It will be difficult to produce vaccines, reconstruct after a hurricane, or train a self-driving car where to go if you do not have a map. This is where Jon’s startup Ecopia appears. Jon Lipinski is the Co-Founder & President at Ecopia.AI 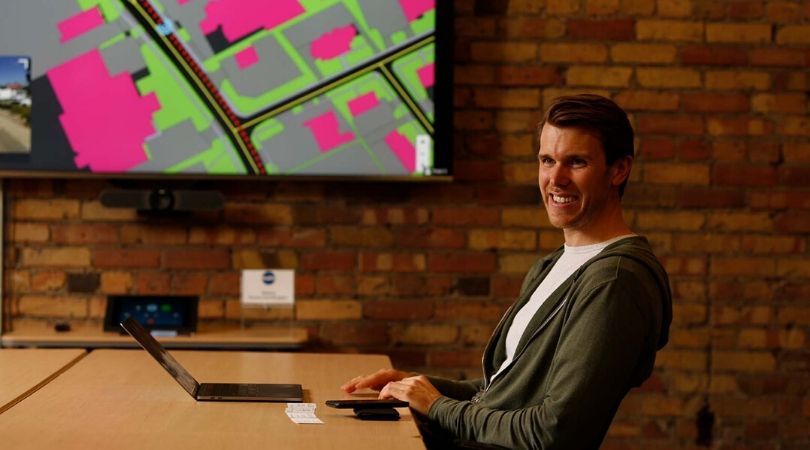 “Our maps are being used to distribute vaccines in an effort to eradicate the disease, and to build infrastructure to provide power across the continent.” Jon Lipinski

Ecopia has already mapped each of the 169 million buildings over the United States and is operating with AVIN to build the first high-definition map of the Kitchener-Waterloo area for self-driving cars.

Along with co-founders Yuanming Shu and Shuo Tan, Jon is starting on a brave initiative to build the first digital map of all buildings, roads, and forests across Africa. This map could be transformative. It can be used to optimize the delivery of vaccines in those areas where they are still depending on hand-drawn maps, plan and expand renewable energy infrastructure as well as monitor and police deforestation.

We’re a close-knit team — everyone works very closely together, and we need to find team members that align with our culture. Click To Tweet

We really try to find and develop an entrepreneurial spirit — full accountability and responsibility for not only personal success, but the success of the team as whole. We have a big results-driven culture — we work really hard together, and also celebrate successes in a big way together.

Eva Wong is Co-Founder and Chief Operating Officer at Borrowell. She was also elected one of 20 tech start-up founders to follow by Twitter Canada and assists on the advisory board of the Smith School of Business at Queen’s University. 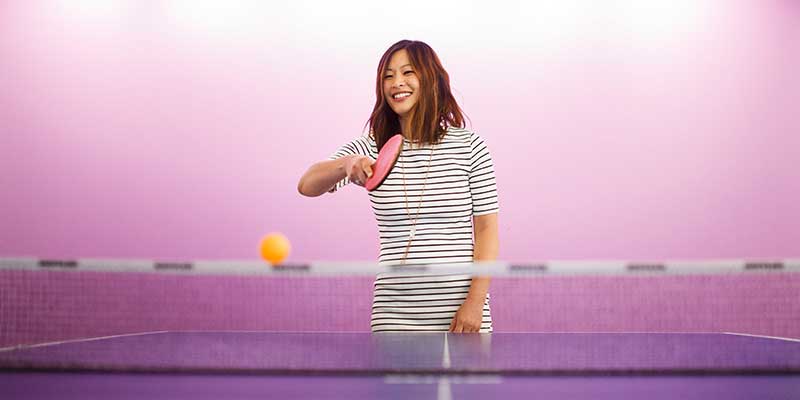 Borrowell is a fintech company that encourages people to make the right decisions about credit. Borrowell is the leading credit knowledge and financial services marketplace of Canada, with more than 900,000 members and approximately big financial institutions of all the countries on the platform. Borrowell was the first organization in Canada to allow credit scores without any charge and recently introduced an automated “Credit Coach” to further benefit users to better their economic well-being.

The company has earned significant recognition, including being selected to the listing of the top 100 fintech companies globally organized by KPMG, “Fintech Startup of the Year” at the 2018 which is the Canadian Fintech and AI Awards, a finalist for “International Innovator of the Year” by LendIt, and a “Great Place to Work” in Canada.

“I remember having a half hour conversation about building a sales team with our OneEleven office neighbour. He took me into a board room and wrote out everything that he learned and the mistakes he made in the nine months it took to build out his team. That’s just one example of our first value: humility. Admitting there’s someone 15 years younger who’s been in business way less than I have been, but who knows way more about this than I do.”

Hamid Arabzadeh holds two graduate degrees in Industrial Hygiene and Occupational Health Sciences from McGill University. He is the founding Principal of HRA Environmental Consultants Inc. and teaches graduate industrial hygiene and occupational health classes for the Master’s program at UCLA. He has been the Chairman, President, and CEO of RANOVUS since its beginning in 2012. With the help of his company Ranovus, Hamid has built a secured laser technology with 40 times the capacity of conventional fiber optic cables and a fraction of the carbon footprint. 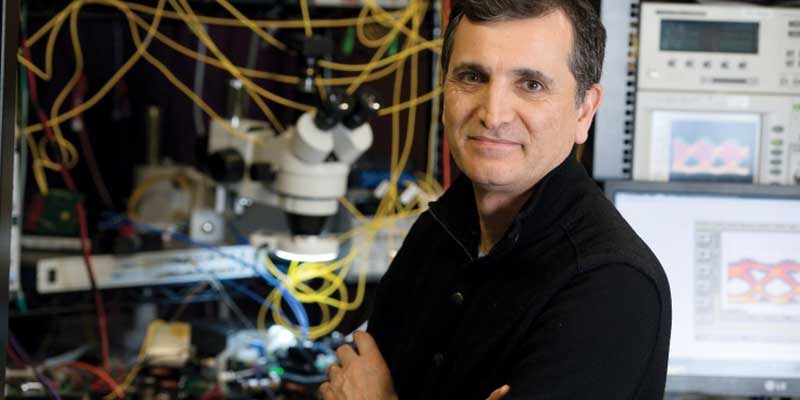 Hamid has the plan to control the data transfer market, buoyed by major public and private partners, as well as a shiny new R&D facility.

Before RANOVUS, Hamid was the Chairman, President, and CEO of CoreOptics which is a leading provider of 10/40/100Gbps optical subsystems for high-capacity networking applications, before being acquired by Cisco (NASDAQ:CSCO) in 2010.

“We are delighted to be recognized by the Government of Canada as a change agent to resurrect Canadian leadership in the area of high-speed communication for 5G mobility and data centre applications. As we are a Canadian-owned company, our core technologies and capabilities in silicon quantum photonics will be fully leveraged to the benefit of Canada. We are set to expand our collaborations with universities and research organizations to provide a more impactful outcome for Canada whilst providing exciting career opportunities across all our business areas.”

Stephanie Ciccarelli is the co-founder and chief brand officer of Voices.com, Stephanie Ciccarelli first revealed her business plan with her husband. The company was established in Ontario, and is now the largest online marketplace for voice actors and their owners in the world. It is regarded as one of the most connected people in the business, Ciccarelli has used her medium of fame to empower women through speech, the written word, and song for over twenty years. She believes in the potential of voice and she encourages others to develop their ability through her podcast, Sound Stories. 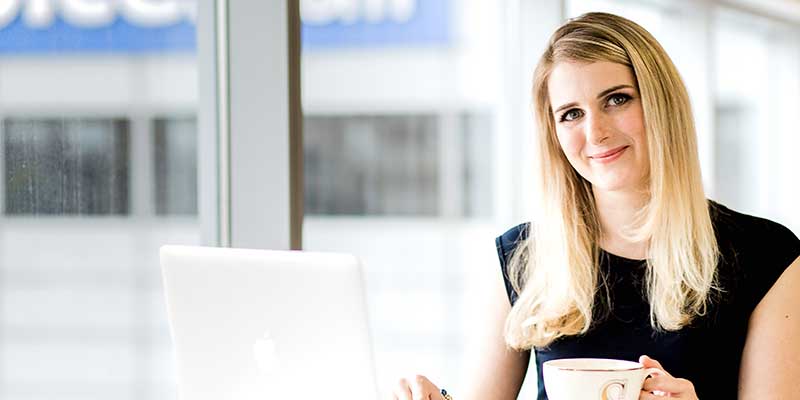 “Do something that is meaningful to you. Don’t do it unless you’re passionate about what you are doing. If you don’t have a passion for it, you won’t have the fire within you to keep yourself going. You have to have a reason to do what you do, and that reason needs to be greater than the paycheck at the end of the day.”

Canada has a difficulty of plastic. New research affirmed that only nine percent of plastics are reused in this country, the rest transferred to landfill, incinerated, discarded in our waterways, or thrown away as litter. Since 2010, Jodie has been on a charge to fix that issue. Through her work as CEO at GreenMantra, which modifies plastics into artificial waxes, polymer additives, and other chemicals, Morgan has become a trailblazer in building a market for recyclable plastic; this is an extraordinary move in developing more indirect earnings. 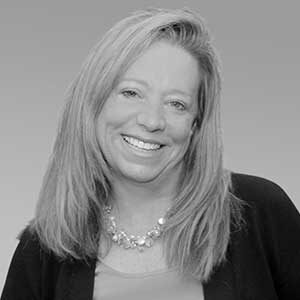 Discovering methods to reuse base stuff rather than produce more single-use plastics is becoming more and more pressing (the plastic piece in the Pacific Ocean is supposed to be twice in the size of Texas). As one tiny portion of the solution, GreenMantra is beginning a new production line in 2020 to transform discarded polystyrene into a chemical monomer, a molecule that can be used to produce new polymers.

“I am excited for the opportunity to lead GreenMantra through its next phase of growth as we look to expand our existing polyethylene- and polypropylene-based specialty polymers business, as well as accelerate bringing to market our new styrenic polymers made from waste polystyrene.”

Jason Flick is the co-founder and CEO of Ottawa-based startup You.i TV. This company encourages media titans to please fans by connecting, seamlessly, and beautifully — TVs, phones, tablets, game consoles, and streaming services by applying a single code base. 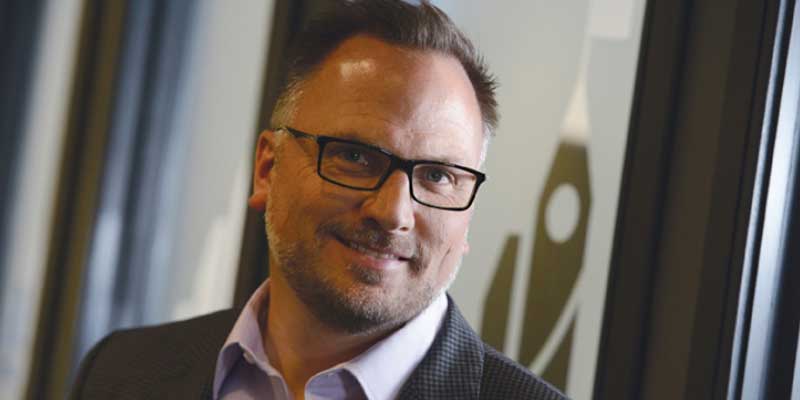 Jason is very passionate about the company he owns. He is already blessed with partners like Warner Media and National Geographic, and he will be making new friends next year with the U.K.’s Sky TV and ViacomCBS who owns Network 10 in Australia.

“It’s an incredible time to be in the TV industry, with changes happening every day. We’re building the future of TV, and we couldn’t have a better team on board to help us lead this exciting charge.” Click To Tweet

Shahrzad Rafati is the founder and CEO of BroadbandTV, Shahrzad Rafati has succeeded to make her digital entertainment company as the third largest video property all around the world. This Vancouver-based company is ranked third in the world directly after Google and Facebook.

As you can see by my pose, I would have been a great actor for one of my Marin Drzic's plays. As a side note, comment if you spot the black and white cat also posing for the photo! Missing Dubrovnik!

Rafati began her company right out of school during a time when online video was not very familiar and still was a new idea. Recognizing that a company requires to combine content owners, creators, audiences, and advertisers, the company started a technology and business model that with advantage all concerned people. Shahrzad Rafati’s object is to give the new generation of content creators all the resources that they require to improve and succeed.

“Always do the right thing '' — personally and professionally. It may not be easy, but you’ll never regret it.” Click To Tweet

Mallorie has discovered a method to streamline the cumbersome construction process along with her co-founder Lauren Lake. Bridgit Solutions’ is a real-time app that enables contractors to log and follow tasks, post photos, and share important information with others included in the project. Last March, the Kitchener-Waterloo-based company raised $7.75 million in a Series A funding round and is poised for another big year. 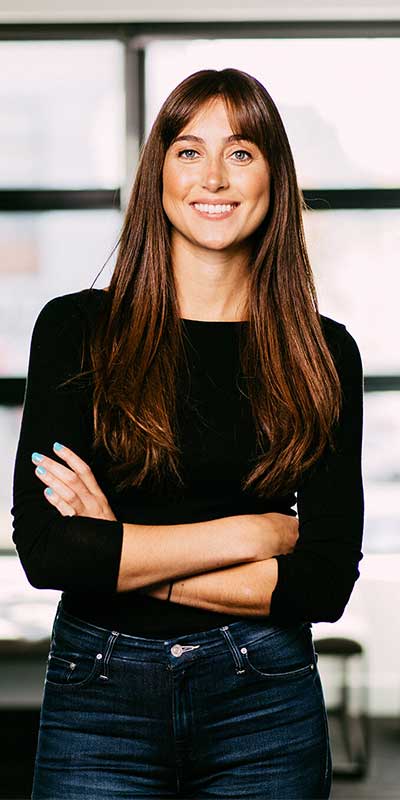 In 2020, Bridgit Solutions is inaugurating an office in Toronto which seems an intelligent move, given the city’s never-ending condo explosion.

“It’s important to find as many people as possible to discuss your work. A mentor might be someone 20 years older than you, but they don’t have to be. Talk to people outside your company. Get advice from people doing a similar job to you.

I’ve learned so much from startup founders who would be considered a couple of years behind Bridgit. Build your network. It’s always worth it.”

Daniel Legault is the Chief Executive Officer at Antibe Therapeutics, Inc. Antibe Therapeutics, a Toronto-based health company, is producing new pain medications that will not give the same side effects as current drugs. Traditional nonsteroidal anti-inflammatory drugs (NSAIDs) can be harsh on the stomach, and opioids can be addictive and can begin respiratory problems. So far in experimentation, Antibes medications, however, are milder on the GI tract and do not take the risks of opioids.

The outcomes of these experiments, with the largest ever conducted in Canada, will produce Antibodies medications that are much closer to the market. 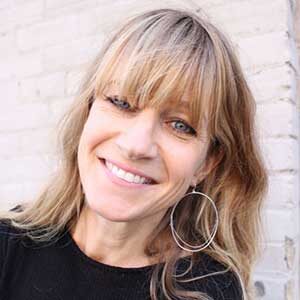 Jenny Bird is a jewelry company founded in 2008, that is manufactured with high class and sold at a fair price. Jenny Bird who is the founder of the company was born and raised in Ontario. Jenny Bird wanted to build something that displayed her personal belief, then she established her jewelry company. In 2011, her husband joined as President and since then, mutually they have developed the company into an international brand. They are trading in above 600 retailers worldwide and have showrooms in cities around the world such as Toronto, New York, Paris, Chicago, Atlanta, Los Angeles, and Dallas etc.

“I founded my line as an extension of myself; rooted in an innate desire to build something. I am a self-taught designer, and, as it turns out, it’s the most intuitive, effortless process that I have ever known. I am committed to a personal philosophy: the market does not need more soulless, short-lived fashion jewelry, nor does it need over-priced plated pieces. Each piece I design is deeply inspired and well thought-out; produced in the highest quality, and sold at a fair price.”

We hope our research on young Canadian entrepreneurs will encourage you to chase your dreams and their words of wisdom will help you in your entrepreneurship. If you have any query feel free to ask.